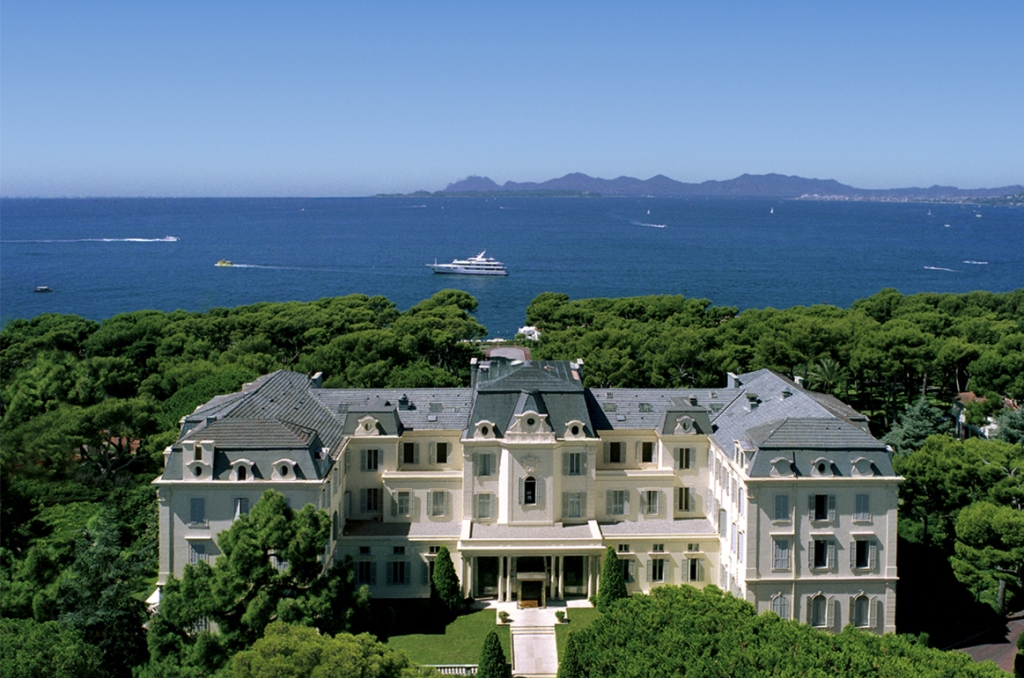 Absolutely no other hotel in the world epitomizes the Jet-set like Hotel du Cap; the generations of celebrities and discerning guests retuning summer after summer establishes it the pinnacle for today’s luxury travel-set.
The Hôtel du Cap-Eden-Roc is a resort hotel southern tip of the Cap d’Antibes in  on the French Riviera. Built originally as a private mansion, it opened as a hotel in 1870.

F. Scott Fitzgerald immortalized the hotel in his novel, Tender Is the Night, as ‘the place to be, and to be seen.’

On the pleasant shore of the French Riviera, about halfway between Marseilles and the Italian border, stands a large, proud, rose-colored hotel. Deferential palms cool its flushed façade, and before it stretches a short dazzling beach. Lately it has become a summer resort of notable and fashionable people 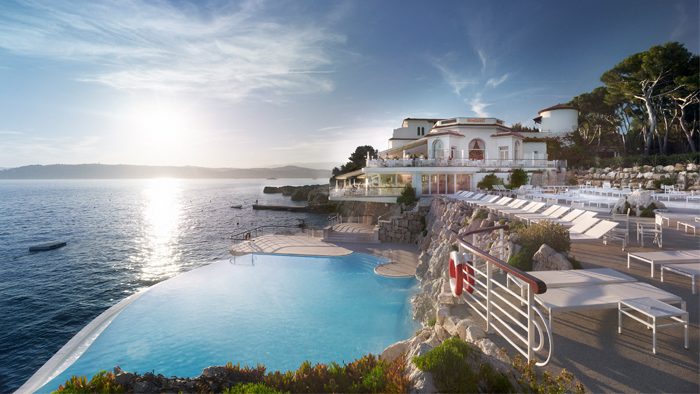 In 2011, the hotel received a $64 million renovation under the supervision of the new managing director, Philippe Perd.  The hotel offers 115 rooms and suites, plus two private villas.

The hotel’s infinity pool is as emblematic as the hotel itself.  Overlooking the Mediterranean Sea the pool offers a fantastic panoramas of the French Riviera, accompanied by waiters serving summer-time cocktails.